Dr. Amit Garg, Founder and Director of CODSILS, is endearingly referred to as one of the most recognizable faces in bariatric and advanced laparoscopic surgery today. This is the result of years of pioneering work in the field of bariatric surgery and the high levels of skill that he brings to his practice. In 2014 he set up CODSILS with the vision of offering world-class obesity and diabetes solutions to patients; a dream that has grown by leaps and bounds over the years.

He has done his Fellowship in Minimally Access Surgery & Fellowship in Minimal Access Metabolic and Bariatric Surgery. Followed by Fellowship in Bariatric and Metabolic Surgery under the eminent surgeon Dr. C.K Huang in E-Da Hospital, Kaoushing, Taiwan from 2013-2014. The Bariatric & Metabolic International (BMI) Surgery Center of E-Da hospital is the first accredited International Center of Excellence (ICE) for Bariatric Surgery in the Asia-Pacific region. It organized and hosted the “1st International Excellence Forum” in 2010, to establish a platform for the propagation of surgical knowledge and expertise among surgeons worldwide. Following its immense success, the International Excellence Federation (IEF) was formed to provide a resourceful network for centers to share, contribute and exchange their opinions, data and results.

He is the first one in North India to perform Loop duodenojejunal bypass with sleeve gastrectomy for Type 2 diabetes. He has performed the largest number of Single Incision Laparoscopic Surgeries (SILS – also known as zero scar Bariatric Surgery) in North India with a very high success rate, a procedure that needs a very skilled surgeon. Dr. Amit Garg is one of the best bariatric surgeon in North India with more than 1000 surgeries which include 600+ Bariatric, Metabolic & Revisional Bariatric Surgeries to his credit. He also have many international publications to his credit. 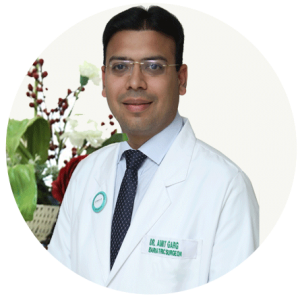 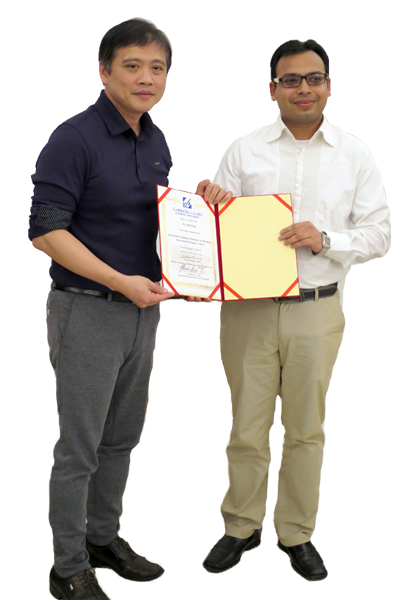