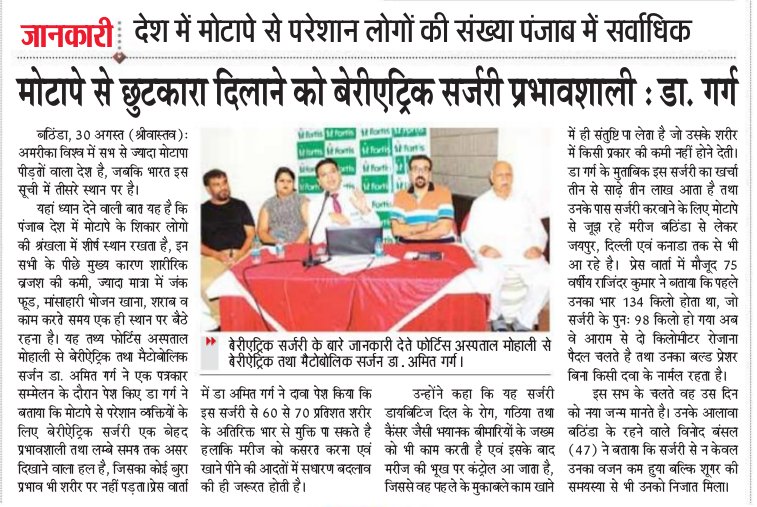 Dr Amit Garg is one of the few surgeons in the region who perform metabolic / diabetes surgery is done. Before recommending any patient for metabolic surgery, evaluation of pancreatic Beta cell function is done to access Insulin secretion, Insulin Sensitivity and Insulin resistance. A type of metabolic procedure is chosen according to patients pancreatic beta cell function.