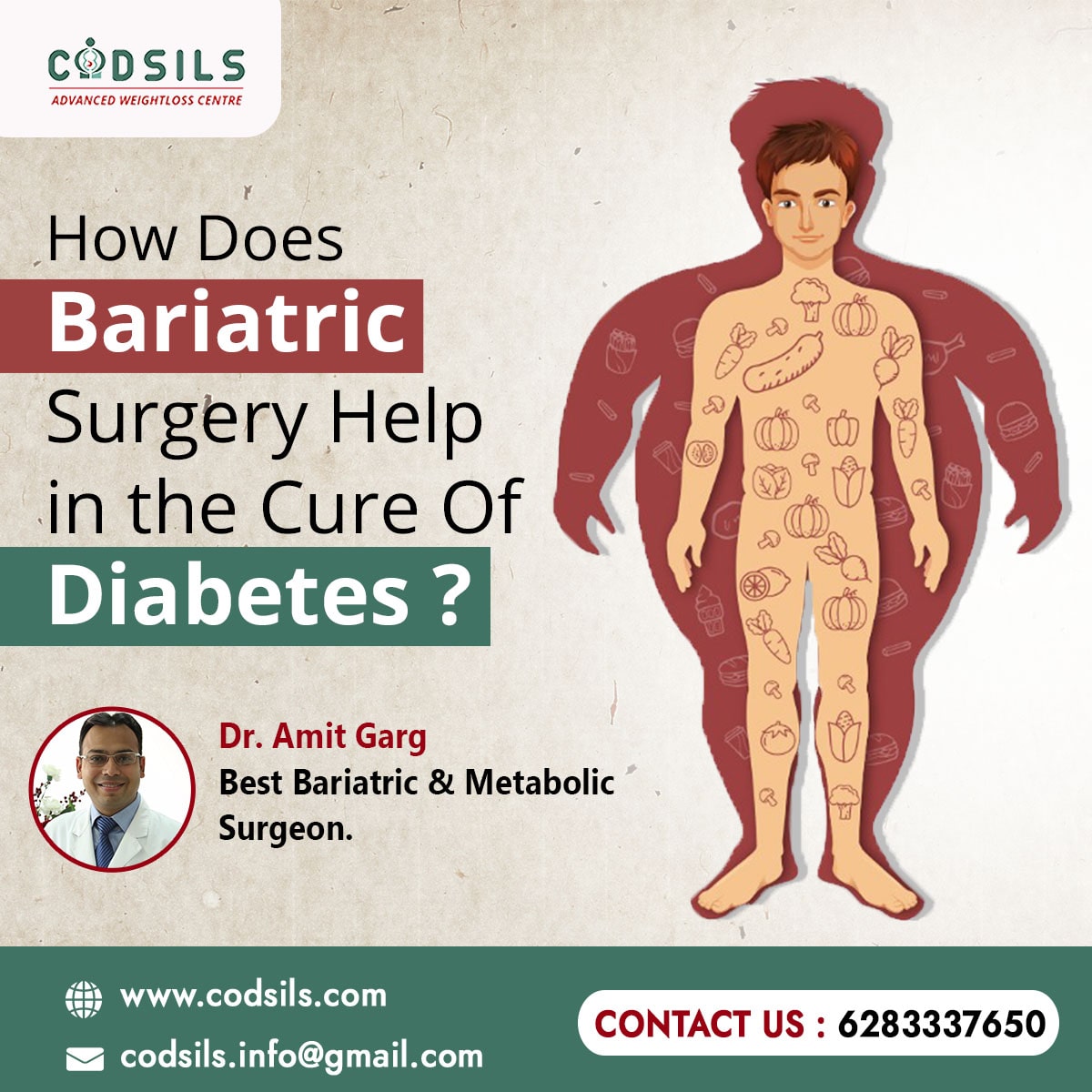 Posted at 09:50h in Uncategorized by dramit garg
0 Likes

The rising incidence of worldwide obesity and lifestyle disorders has led to a multifold increase in the health care burden. Obesity has proven to have a strong association with Type 2 Diabetes, Hypertension, Obesity hyperventilation syndrome, infertility, and cancer. Truncal obesity, which is common In the Asian population is the major underlying reason for Type 2 diabetes or Insulin resistance syndrome.

In the past, many surgical attempts were made to reverse Type 2 Diabetes but were unsuccessful.

Many studies have shown that losing 5-10 kgs of weight leads to diabetes or insulin resistance improvement. Gastric banding was developed to treat Obesity in the past and surgeons have observed diabetes improvement in patients. Calorie restriction caused by stomach modification and increasing effect generated by bypass of the small intestine is the two reasons which lead to the reversal of diabetes after Bariatric surgery.
Today, with a clear understanding of diabetes, it’s understood that Type 2 diabetes is a disease of the G.I tract which worsens over some time and may cause pancreatic damage later on. Diabetes surgery in Punjab is very common nowadays and involves different procedures according to the patient parameters like duration of diabetes, pancreatic function, and degree of insulin resistance.

At CODSILS (Centre for Obesity, Diabetes, and Single Incision Laparoscopic Surgery), all diabetic patients willing to undergo diabetes surgery in Punjab are thoroughly assessed, and then an ideal diabetic surgery procedure is adopted to reverse the diabetes of the patient. Earlier these procedures were indicated only for morbidly obese patients, but with the release of international guidelines to treat diabetes, diabetic surgery is recommended in patients with a BMI of >27.5Kg/m2 who have poor glycemic control after medical therapy.

Diabetes surgery in Punjab was started by Dr. Amit Garg, Bariatric and Metabolic Surgeon, at Fortis Hospital, Mohali, who was the first one to perform Loop duodenojejunal bypass with sleeve gastrectomy in 2014 in a non-obese patient with insulin therapy. Since Punjab has the highest incidence of Type 2 diabetes, Diabetes surgery in Punjab would help people to lead a diabetes-free life.

FEEL FREE TO CONTACT US FOR DIABETES SURGERY OR METABOLIC SURGERY INFORMATION
For any queries, you can write to Dr. Amit Garg (Bariatric and Metabolic Surgeon, Panchkula, Chandigarh,
Mohali, Punjab, India) at